Today on July 2nd I tend to turn a bit sentimental for more than one reason. It was on this very day 100 years ago that a 19 year old boy left his home country from the port town of Kobe to sail into the unknown.

He set foot on American soil in San Francisco not with the intention to stay like so many others did before him. No, this young man was on a mission. He was heading for Glasgow, Scotland. Sent on this trip by a saki brewer called Settsu Shuzo with only one single assignment and that was to find out how those Scots made this stuff called ウィスキー (whisky). The young man’s name was Masataka Taketsuru. 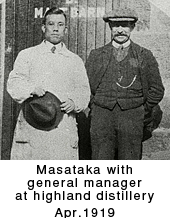 It was 26 years later in the year 1934, again on July 2nd , that young Mr Taketsuru, together with his Scottish wife Rita Cowan and some friends established Dai Nippon Kaju, a company that would give the country and the world the most fantastic whisky’s for years to come. 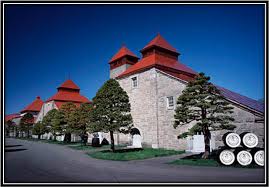 I drink to that and to Nikka. 喝采 Kassai.