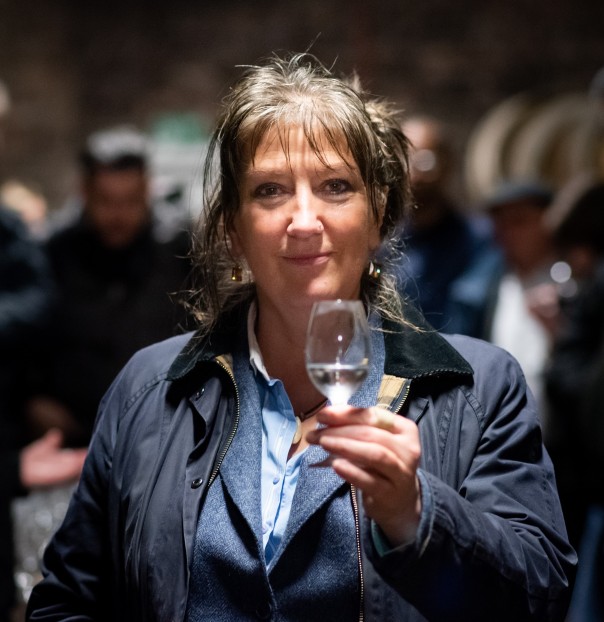 In the middle of a huge undertaking by the Fèis Ìle Committee to take the complete Islay Festival 2020 online I asked Rachel MacNeill for an interview. Awkward timing ? “Oh, no. Go ahead”.

The Islay Whisky Academy (IWA) is on the verge of launching WHISKY AFFINITY ©, an online whisky course starting off in August 2020. Next to that IWA director Rachel MacNeill reveals more exciting news. Her IWA is going to the mainland in May 2021 to launch the Independence Academy and work with independent distilleries like Daftmill. But being one the participants of Fèis Ìle 2020, she’s incredibly busy. So, more than one reason to talk to this whisky girl from Islay.

Rachel MacNeill was born on the Isle of Colonsay, just fifteen nautical miles north of Islay. The Mac Neill family moved to Daill Farm in the heart of Islay, when she was only a baby. Her first drams were away back in childhood – whisky for toothache, sipping from your parents’ glass. ‘The first stunning single malt I ever tasted was when I was about 15 years old, from a private cask at Bruichladdich. It was nectar. The whisky was much older than myself! I achieved an MA in Celtic Studies at the University of Glasgow and should have become a teacher of literature, but I decided to make a switch to environmental architecture and structural engineering. I worked for myself for many years, before taking the plunge into focusing on Scotch whisky.’ This is when she started a business called Whisky for Girls. Just a year later she went travelling to North India for a field trip where she experienced a genuine enjoyment of scenery and connection with nature. Coming home it didn’t take her long to set up a business called Wild and Magic Islay which made people immerse themselves in life on Islay.

Rachel has been into whisky for quite some time now. But also other touristy activities have sprung from her idea of connecting both the people on Islay as well as everyone visiting the island. Her honours list seems to be endless, from her whisky blog Whisky for Girls to the educational Washbacks to Slingbacks Whisky Tour, the Theatre of Drams symposium, the Wild and Magic Islay Travel Company, Islay Whisky Tours, the 5 Day Residential Diploma course which now gets its extension in WHISKY AFFINITY © online. Rachel’s initiatives look like a huge web, a creative patchwork so to speak, now all at home under the IWA umbrella.

It couldn’t be more apt to come up with an online whisky course in these corona times. ‘Being the founder of the IWA, I have been working on WHISKY AFFINITY© online course for the last two years,’ says Rachel MacNeill.  ‘It is only now, due to the impact of corona virus and the shutdown of the distilleries, leading to no visitors to the island, that I have had time to finalise details and move forward with the project’. Since not everyone can undertake the journey to Islay for a diploma, Rachel’s online course allows people to access her professional whisky education.

Campaigning for a better and independent Scotland Rachel was part of a grass roots movement called Yes Scotland. Amongst many other people she has no doubts in the viability of Scotland. The voter turnout in 2014 of 85.3 percent was impressive and 44.7 percent of the Scots answered “Yes” which was a huge success. This same belief is there in her favourite Islay. Rachel believes in supporting Scotch and Scotland, both personally and through her business.  To this end The Islay Whisky Academy created a competition offering a free place on the Residential Diploma 2019. The competition questions to be answered where –1) How would it benefit you to come on this course? 2) How would it benefit Scotch? 3) How would it benefit Scotland.

There were 85 entries from all over the world. Nicola Sturgeon, The First Minister of Scotland chose the winning entry from a short list of 12. Rachel said, I am very proud that Scotland’s First Minister took time to support this initiative from The Islay Whisky Academy. But there’s more activity on a personal level. Rachel is involved in W-Power Arctic Network, a network of female entrepreneurs: ‘Anything that supports women in business is a good thing. The revenue generated by female driven companies is grossly underestimated and Scotland is ahead of the game in focusing on this interesting powerful demographic’.